Irish win on the first day 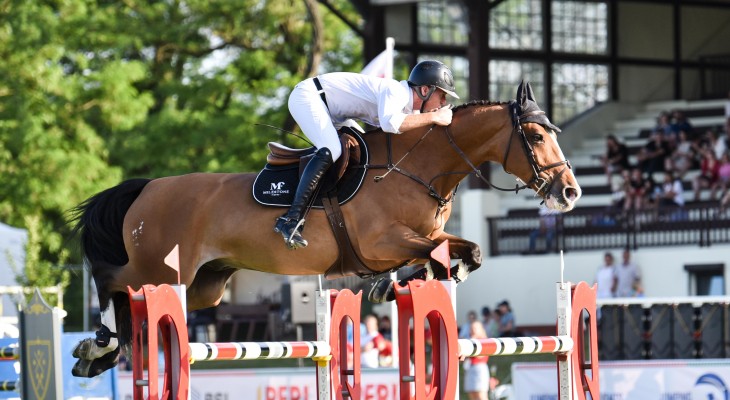 The winner of the biggest class of the first day of 4Foulee Poznań 2022 was Ireland’s Alexander Butler.

The Longines Rankings competition, for the Great Prize of Equestrian Wielkopolska and the prizes of the Patron of the event - Mr Roman Roszkiewicz, saw 52 riders on the starting list. 14 of them managed to go clear over the 145 cm course, and ultimately the win belonged to Ireland’s Alexander Butler riding 13-year-old Eindhoven G.H. 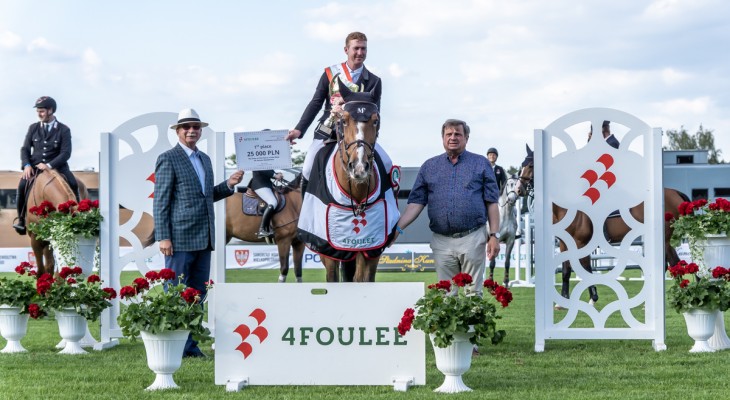 „Today’s course was good. When I walked it, I thought it was well up to height, and quite a long one, with 13 jumps. The ground was fantastic, all the horses were jumping it very easy in the end. My plan was to try and win, he’s a very competitive horse, and those classes are very much in his reach. I’ve seen the top three before me and I knew that the pressure was on and I had to take some risks, but the horse jumped very well and he answered every question I gave him” – said the winner –  “[Eindhoven G.H.] is a very easy horse, I’ve had him since the beginning of the year and that’s our first win, he’s been placed in many classes, but I’ve always said he’s well able to win those, so I’m glad to get that under his belt now and I think he can win lots of such classes for the rest of the year.” 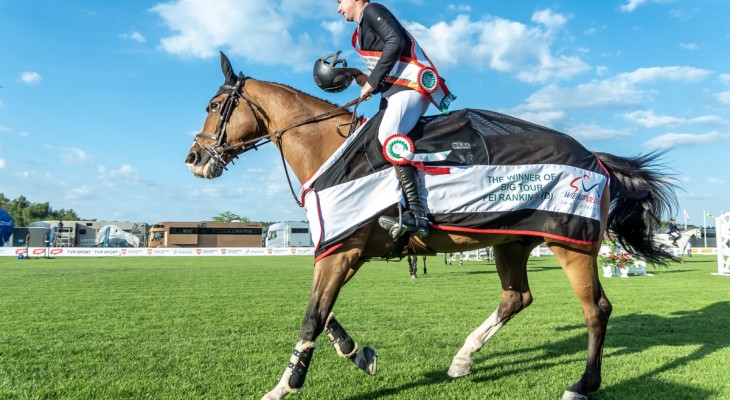 Asked about coming back to 4Foulee after a six-year break he said: “When I was here six years ago, I said back then I’d definitely come back again. The arena is fantastic, and I think if you have horses going on to any big grass ring shows then it’s a great place to come. It was always the plan to get back as soon as possible, now I’m back and I’m delighted I came!”

The best rider of the Elite Tour class, for the trophy of KS Jumping Events, was Izabela Vinckier (POL) with Sevilla. Second place went to Hubert Kowalczyk (POL) with Tacyt, and third to Filip Skrzyczyński (POL) with Cambiale Z.

The morning’s CSIYH class, for the trophy of Kunowo Stables, ended with the victory of Wojciech Wojcianiec (POL) with six-year-old Ayleen D’Ive Z, followed by Jan Bobik (POL) with Czumi GR and Hubert Kierznowski (POL) with Diament.