A win for Patrik Majher 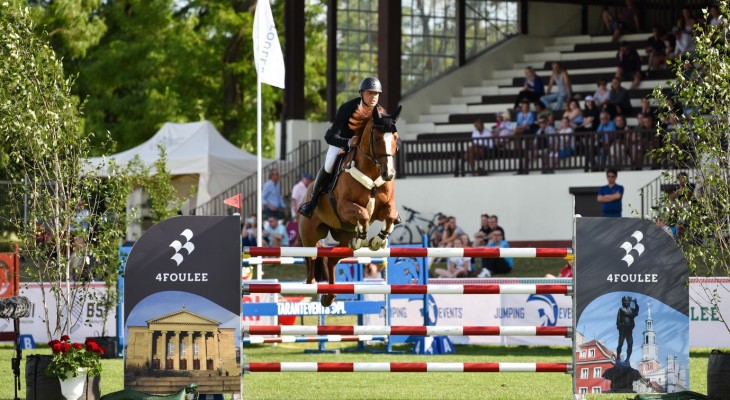 Today’s 150 cm class, counting for the Longines Rankings group C, for the honorary award of the Patrons of Poznań - Piotr and Paweł, and the prize of the Patron of the Competition - Mr. Roman Roszkiewicz, ended with the victory of Patrik Majher (SVK).

The class gathered 46 pairs on the starting list. Only six of them were able to go over the difficult first course without any faults. Ultimately, the representative of Slovakia - Patrik Majher on the 10-year-old Claude was the winner. It was the second joint victory in a ranking class for the horse-and-rider combination. 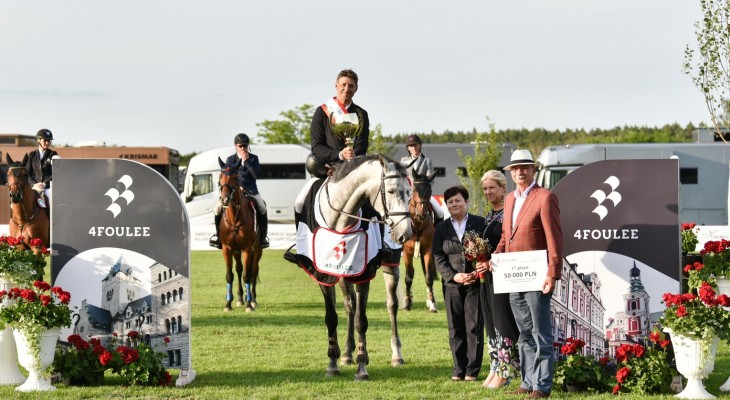 “The course was very difficult and technical, and it was not easy to go to clear. I am very happy with my horse, he jumped great as always and I managed to win. I saw the first two runs in the jump-off - there were knockdowns there, so I didn't go very fast, but I tried to be clear. And it worked out!" - said the competitor - “I have had [Claude] for a few years now. I produced him myself, I showed him during his first competitions. He was very promising from the beginning. As a six-year-old he was at the World Championships for Young Horses, as a seven-year-old he already scored first points for the world ranking, and as an eight-year-old he won his first Grand Prix. I am always very happy to come back to Poland. Most often to Poznań, the ground is very good here, and there is no such grass anywhere else in the world!" 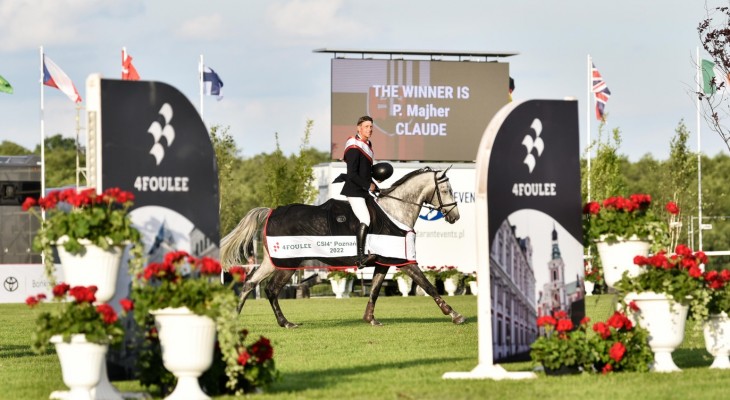 The second place was taken by a rider from Macedonia - Luka Zaloznik with Columbus G, and Swedish athlete Karin Martinsen finished third with Tailormade Chawito.

Andrius Petrovas (LTU) aboard Sherlock was the best in the Medium Tour class, for the trophy of Toyota Bońkowscy and the prizes of our patron - Mr Roman Roszkiewicz. Christoph Obernauer (AUT) was second with Kleons Cocario, and Kristaps Neretnieks (LAT) topped off the podium with Tako Dilait.

The "double winner" of the Small Tour class, for the trophy of Hipodrom Wola was Daria Kobiernik who took the first place with Venus and second with Donna Neva S. Third place ex aequo went to Beata Szuber with Fort and Jan Bobik with Ole.

The winner of Elite Tour, for the trophy of Tarant Events, was Wiktoria Zujewska with Capriccio, before Izabela Vinckier with Sevilla and Joachim Włoch with Nirmette.

We began Friday with the victory of Dawid Skiba with Goldstar W in the Youngster Tour class, for the trophy of Kunowo Stables. Second place went to Wojciech Wojcianiec with Ayleen D’Ive Z, and third To Sławomir Uchwat with Loreley Express J.P.P.