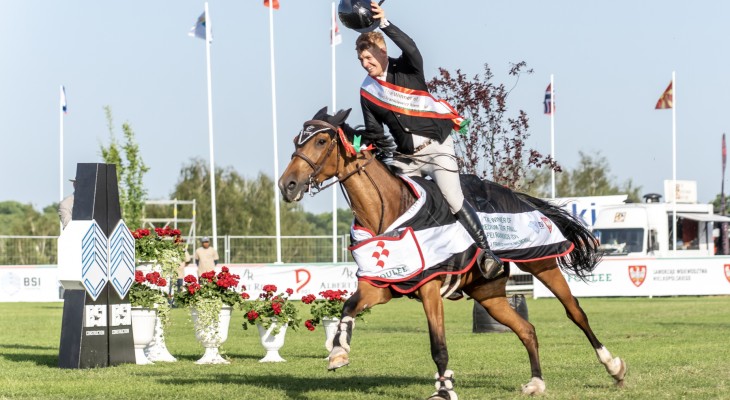 The Maciej Frankiewicz Memorial class at 4Foulee Poznań, counting for the Longines Rankings, ended with the victory of Polish rider Arkadiusz Fimmel.

45 pairs took part today in the Maciej Frankiewicz Memorial - a competition under the patronage of the Marshal of the Wielkopolska Region, for the prizes of BSI and the Patron of the Competition, Mr. Roman Roszkiewicz. The top twelve qualified for the second round after a challenging first course. To the joy of the large audience, the best one in the decisive rivalry was home athlete Arkadiusz Fimmel, who went as the last one with the 10-year-old mare Elastiqua. This was the rider’s first-ever ranking class victory. 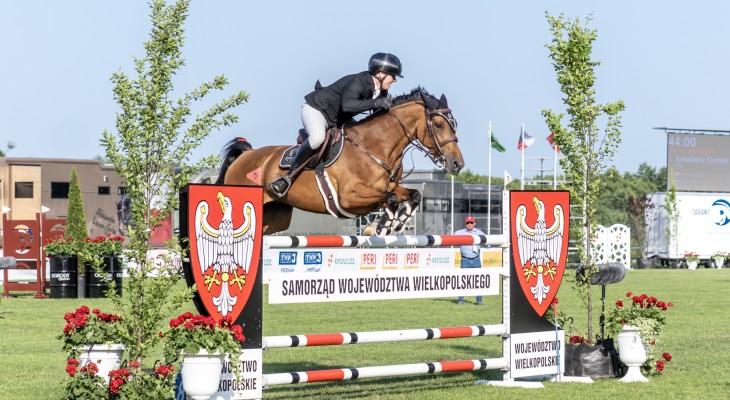 “I followed Jarek [Skrzyczynski], who motivated me, I knew what route to follow and the mare jumped excellently. It's a fantastic feeling. I had to wait a long time for the win, but it finally came. As the saying goes - hard work pays off." - said the winner - "I think everyone can see what [Elastiqua] is like. She wants to win, she is fast, careful and very ambitious. We are perfectly in tune and we know each other inside out. It is a very important success for us in front of our own audience, family and friends – simply amazing!"

In the Medium Round, for the trophy of OstSped, the winner was Adam Nicpoń with Cycera. Second went to Marek Lewicki riding Cornet’s Sunshine, and third to Andrius Petrovas from Lithuania with Sherlock.

Zuzanna Bukowska (POL) was victorious in the Elite Tour Final, for the trophy of Radio Zet. Joachim Włoch (POL) was second with Nirmette, and third went to Filip Skrzyczyński (POL) with Cambiale Z.

The best ride in the Small Tour, for the trophy of TylkoSkoki.pl, belonged to Jarosław Skrzyczyński (POL) with Santos Hippica. Eliza Zawadzka (POL) finished second with Dior V, and była Aleksandra Lusina-Gołaś aboard Braveheart van de Bisschop Z was third.