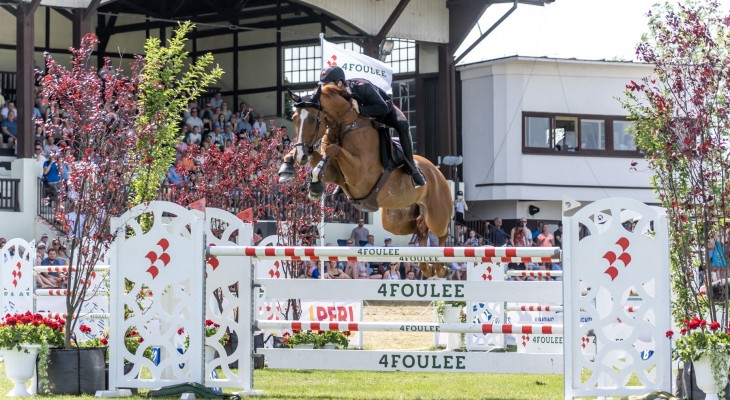 Italy's Emanuele Gaudiano was victorious in the Grand Pri of 4Foulee CSI4* in Poznań.

The Grand Prix of the 4Foulee competition in Poznań, for the trophy of the Mayor of the City of Poznań and the awards of the patron of the event - Mr. Roman Roszkiewicz and the City of Poznań, gathered 37 pairs on the starting list. With the applause of the audience gathered at the Wola Hippodrome, seven of them flawlessly went over the demanding first course. There was no shortage of sports emotions in the final jump-off. In the end, Italian Emanuele Gaudiano turned out to be the best, riding the 13-year-old Chalou.

„The course was big enough, we had a water jump, the triplebarre and the triple combination at the end. It was a nice run, fair and clear, and a nice jump-off as well” – said the rider about the course prepared by the Polish designer Szymon Tarant – “I went as number five in the jump-off, we already had two clears and I went fast but not too crazy, I did one more stride to the last jump. The rider after me tried to beat me, but I had some luck. Chalou jumped great, he’s an amazing horse and he was brilliant today.” 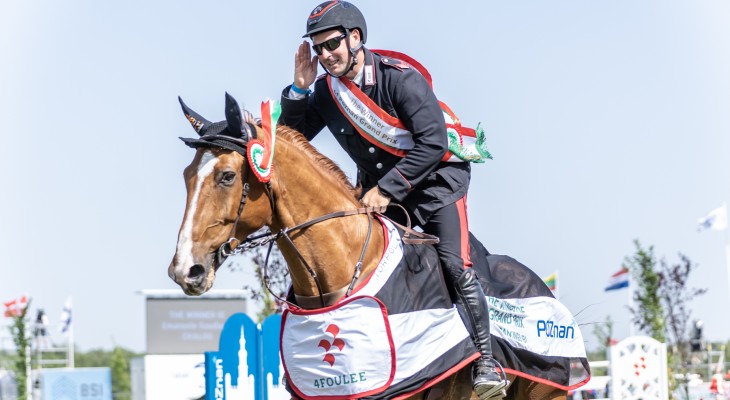 Second place went to Andreas Schou from Denmark riding Independent, and the Top 3 was closed off by Italian Roberto Turchetto with Lovely Girl 25.  Home athlete Marek Lewicki with the 9-year-old La Pezi went double clear in great style, and ended up in a high fourth place.

“The first course was high and it was not easy to go clear. My mare did very well, she was relatively fresh and jumping confidently. I was afraid of the wall the most, because I had never jumped such a wall with her, but she did a great job. She is still young and I have great hopes for her. I had a very successful competition and I am so happy! " - said the Pole.

The winner of the Joker Cup class, for the trophy of PERI Polska, was Marek Lewicki with Cornet's Sunshine. Second place went to Adam Nicpoń with Counter, and third to Emanuele Gaudiano (ITA) with Conthargo-Blue.

Antoni Strzałkowski was the winner of the Small Tour Final, for the trophy of TVP Sport and the prize of Adamus SA. Jarosław Skrzyczyński with Santos Hippica was second, and Michał Kaźmierczak with Genie van Prinsenveld – third. 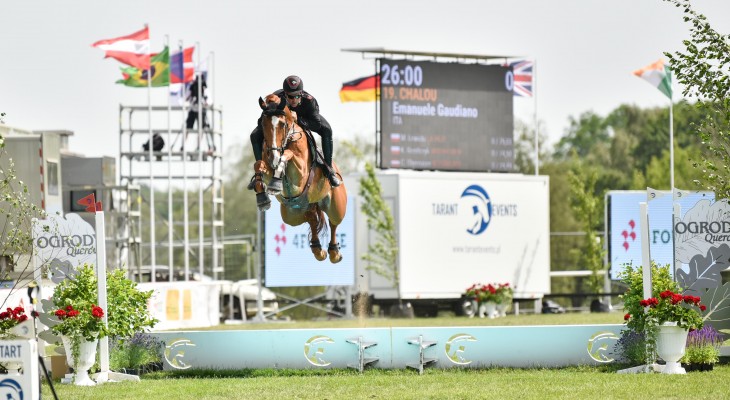